Under 17s draw with Waterford 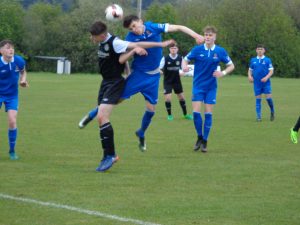 Bray Wanderers/St. Joseph’s Boys Academy under 17s maintained their unbeaten start to the season with this draw against Waterford.

Conor Dowling had the first shot at goal after 11 minutes which forced Kirwan to make a save and concede a corner. Jake Ellis was next to test the visitor’s keeper, shooting straight into the keepers arms on 20 minutes.

Madika then went close for the visitors, shooting just wide from a corner on 31 minutes. On 35 minutes Nzongong broke down the right and his low cross was just missed by Tracy at the back post. Nzongong hit the outside of the post for the visitors on 40 minutes after creating the chance on the right.

Four minutes before the break, Conor Dowling’s shot forced Kirwan into pushing the ball around the post for a corner. 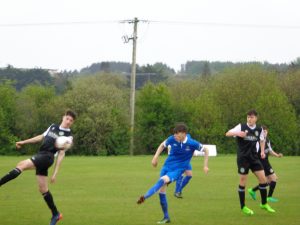 Two minutes into the second period Jake Ellis scored after creating space in the box and shooting low past Kirwan. On 51 minutes, Ellis fed in substitute Shane Flynn who shot straight at the keeper.

Alex Nevin then made a great save from Knox on 53 minutes. Nevin then online synthroid saved an effort from Whelan on 67 minutes as the visitors pressed for an equalizer. The visitors did equalize on 74 minutes when Jack Larkin scored from close range.

Max Murphy fired over from long range on 72 minutes for the home side. Both sides tried for a winner in the wet conditions but had to settle for a share of the points.