Bray Wanderers won the FAI cup for the first time in their history on Sunday, 13 May 1990 at Lansdowne Road. Brian Quigley takes a look back to that historic day 30 years ago. 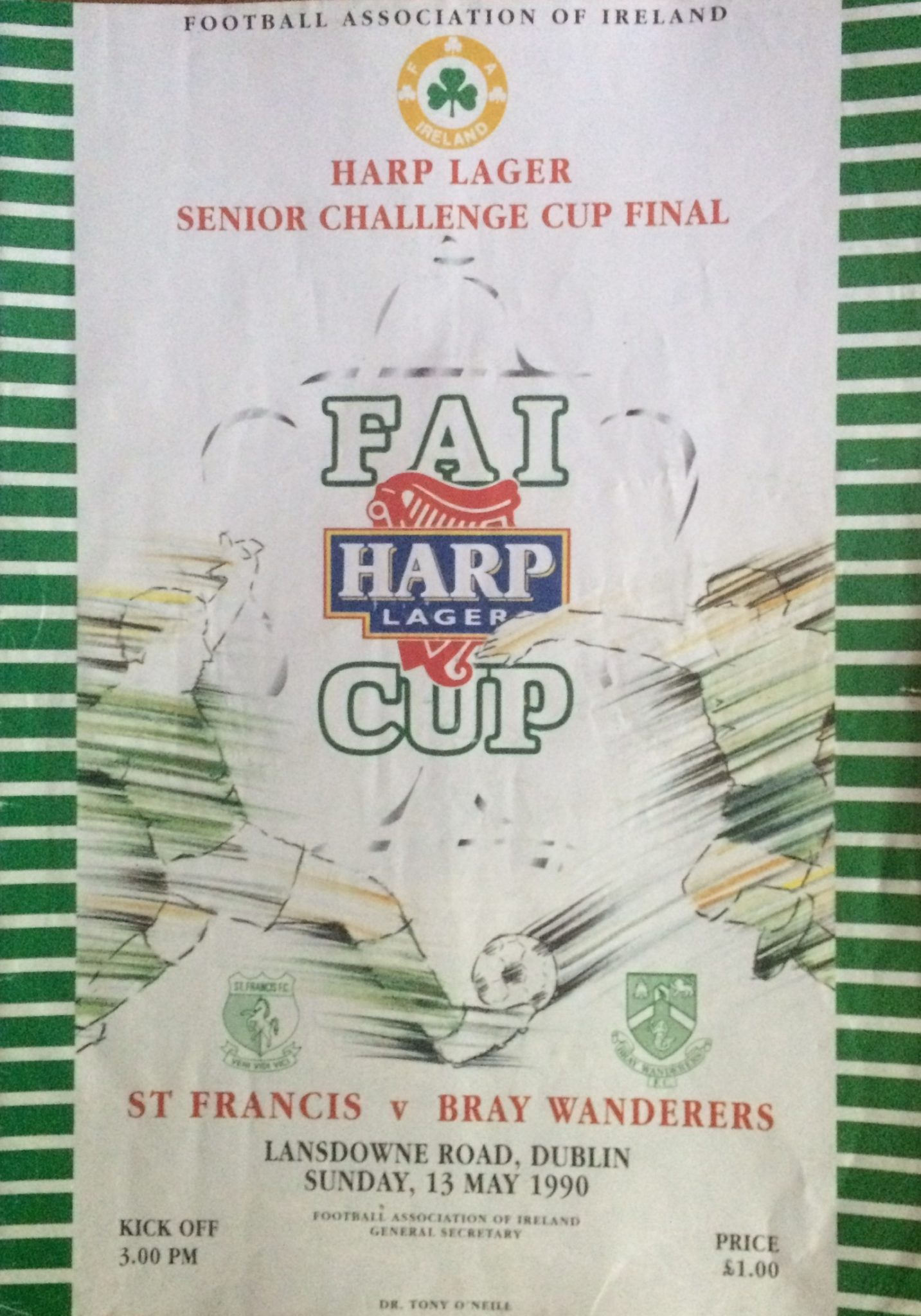 It would be fair to say that the FAI were worried people in the run up to the 1990 FAI Cup final, which celebrates its 30th anniversary this week [on Wednesday 13 May]. This was the first FAI Cup final ever at Lansdowne Road, and the prospect of a near-empty stadium loomed large given that the final had thrown together the unlikely pairing of Bray Wanderers and St Francis. Two of the bigger Premier Division teams would have been ideal for the FAI, but with a First Division club and a Leinster Senior League outfit contesting the decider, they feared an attendance of 8,000 or less.

They couldn’t have been more wrong. If they were pleasantly surprised at the eventual 30,000 crowd that lit up Lansdowne [the largest attendance for an FAI Cup final since 39,000 packed into Dalymount Park in 1968 to watch Shamrock Rovers beat Waterford 3-0] then they would have been even more delighted at the joyous atmosphere in the stadium. These teams weren’t meant to bully their way on to such a big stage [a game away from Europe] and boy were they [and their supporters] going to enjoy themselves.

Cheap tickets, good weather and the sheer novelty of the occasion contributed to the massive crowd. 1990 was the first of six finals in a row to be played at Lansdowne, and it was the best attended – most of the next five attracted crowds of only half the size. When the final returned to Lansdowne for four years between 2003 and 2006 the crowds still couldn’t match 1990 [less than 10,000 turned up for Longford versus Waterford United in 2004]. The final’s permanent return to the venue in 2010 [when the stadium had been rebranded the Aviva] has only beaten 1990 three times – Sligo versus Shamrock Rovers in 2010, Dundalk versus Cork in 2018 an Shamrock Rovers versus Dundalk in 2019.

Bray was like a ghost town during the game; those who hadn’t gone in on the DART were in their homes or in the pubs watching on television as the game captured the hearts and minds of people way beyond the club’s regular faithful. Bray Main Street must have looked like the start of the current lockdown situation. St Francis were well supported too, with huge crowds from the city and from junior and intermediate football coming out to cheer them on. Stanley Matthews was in attendance. Roy of the Rovers stuff.

History shows that Bray were victorious thanks to John Ryan’s hat-trick, but the part St Francis played in one of the most memorable FAI Cup campaigns can’t be emphasized and lauded enough. Their 10-game run to the final included knocking out Cobh Ramblers in Roy Keane’s last game before he went to Nottingham Forest. Roy will not have forgotten Pete Mahon’s St Francis.

My own memories of the game and its glorious aftermath include getting the perfect 21st birthday present from Pat Devlin’s team, being delighted that my grandfather lived to see this and of the stage being set for the fairytale summer of soccer that was Italia 90. I always enjoyed trips to Baldonnel when St Francis played in the League of Ireland [between 1996 and 2001] and felt a lasting connection existed between the clubs after the 1990 final.

The extended Wanderers family didn’t really get to celebrate the 25th anniversary of the win back in 2015 – there wasn’t exactly a celebratory mood around the club at the time. Thankfully the 2020 version of the club has more of a 1990 feel to it, so COVID-19 or not, let’s salute the players of 1990! 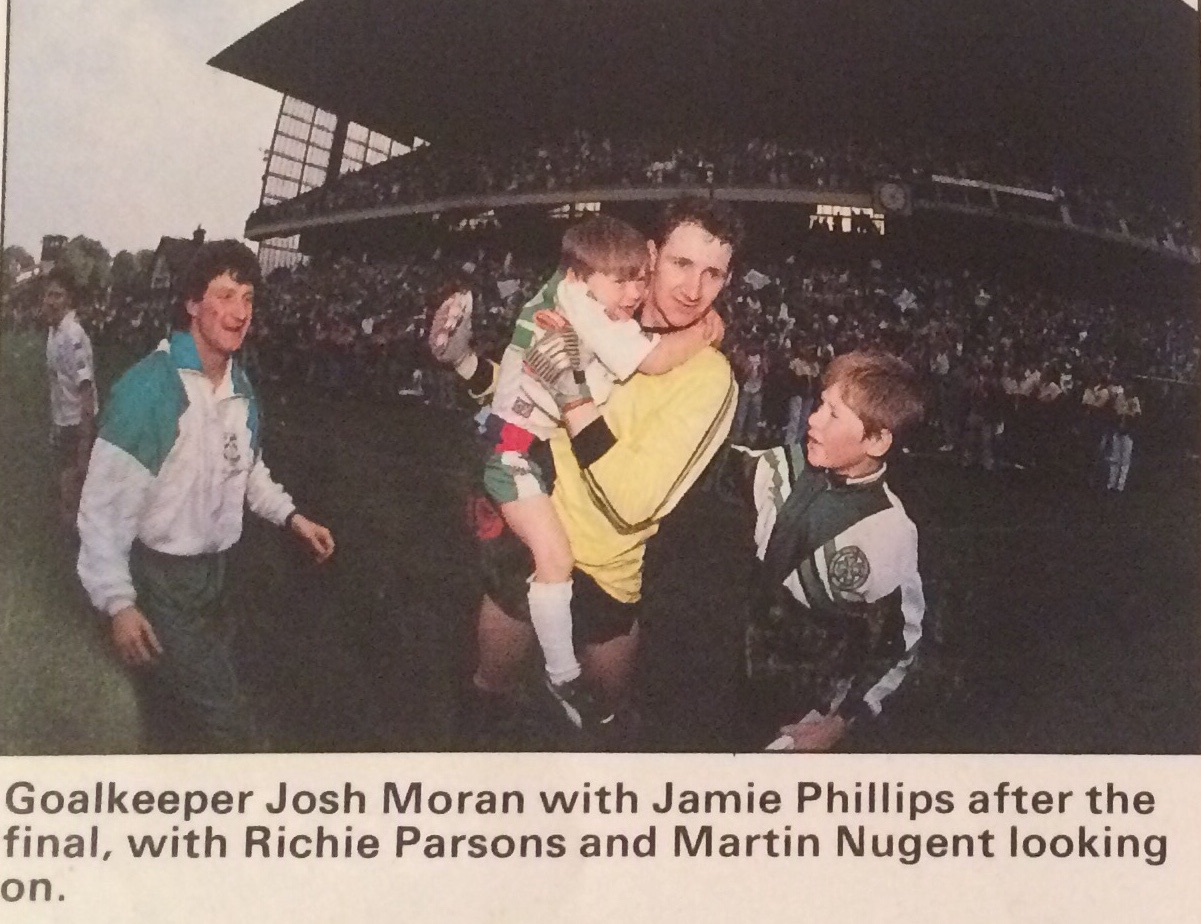 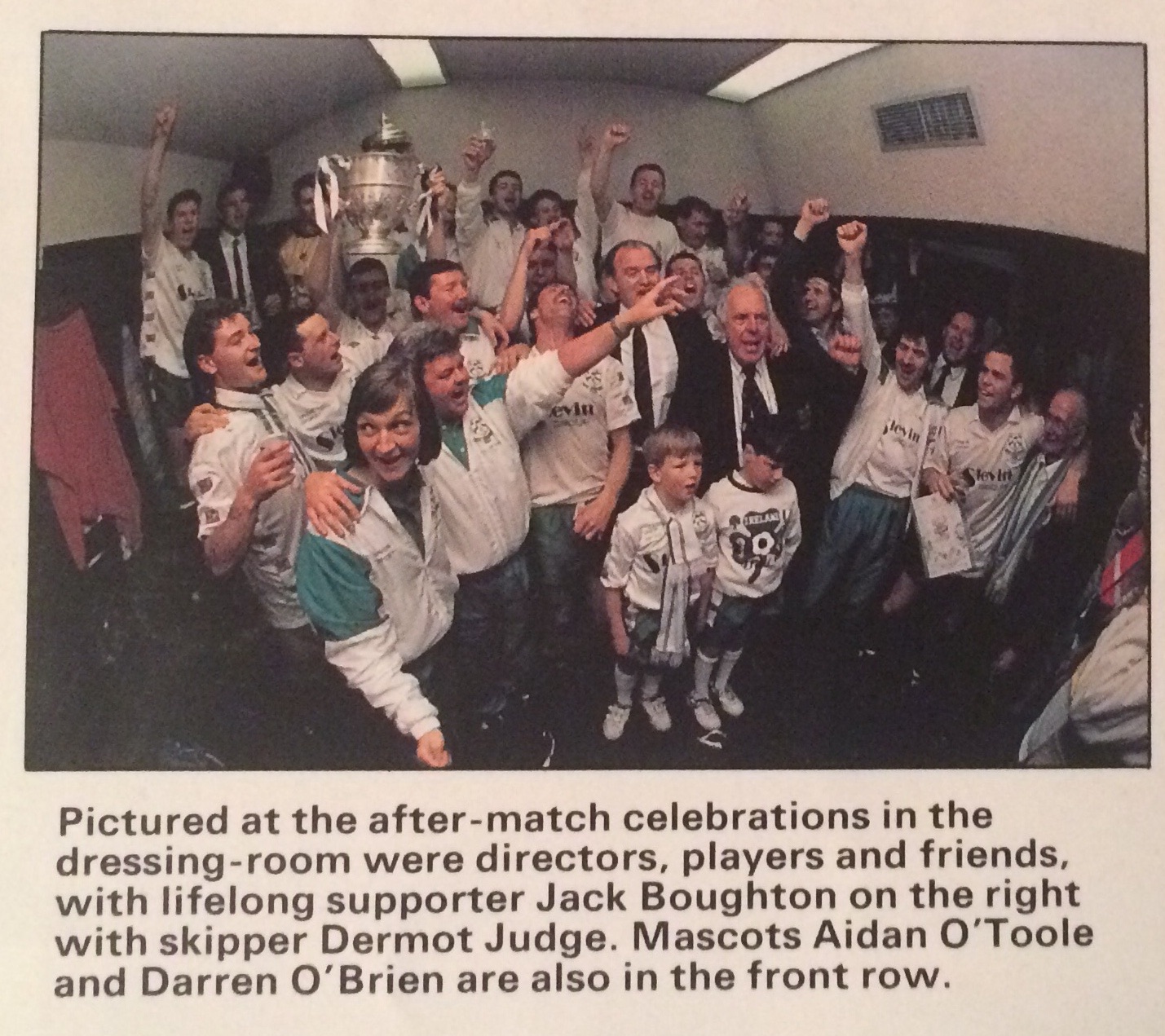