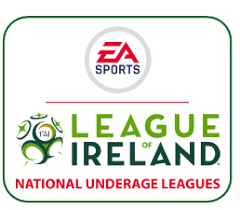 The Academy teams returned to action on the weekend for the opening games in the 2021 season with mixed results.

The men’s under 19s were defeated 1-0 away to Galway United in Eamon Deacy Park on Sunday. The only goal of the game came on 75 minutes from Charlie Concannon.

The boys under 17s travelled to Cork on Saturday and came away with an exceptionally good 3-1 win over Cobh Ramblers at Mayfield United’s ground. The home side were reduced to ten men after 25 minutes when Gabriel Obertabayo was shown a red card in conceding a penalty. Cian Doyle netted from the resulting spot kick. The visitors added goals in the second half through Callum Byrne (53 minutes) and Jakub Basinski (79). The home side scored a consolation goal five minutes from time.

Dylan Ryan scored for the under 15s in their 2-1 home defeat to Shelbourne on Sunday. Dylan scored on 32 minutes, but Shelbourne responded with goals on 39 & 79 minutes to win the game.

Jack Nolan scored for the boys under 14s in the away draw to Shelbourne.

The Ladies under 19s were defeated 0-8 at home by Peamount United at the Carlisle Grounds on Sunday.

Rebecca Gillian scored for the Ladies under 17s in their 5-1 away defeat to Peamount on Saturday.