Bray Wanderers FC are delighted to announce the signing of striker Anthony Flood ahead of the 2017 season.

Everyone at Bray Wanderers is delighted to welcome Anthony to Harry Kenny’s 2017 squad and we look forward to his contribution in the coming season. 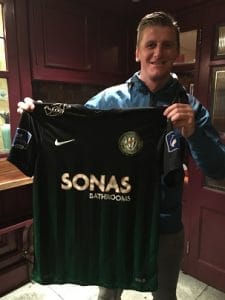