Big win for under 19s 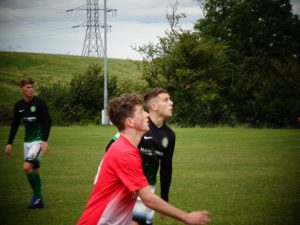 Wanderers under 19s put in their best performance of the season in this game. Cork were awarded a penalty on eight minutes after Calvin Rogers fouled a Cork player. Malachy Doyle saved Ross Welch’s spot kick and also the follow up shot from Welch. Dion Agbonze fired over from a corner for Wanderers after 20 minutes. Gavin Howard had a long-range effort go just wide on 35 minutes as Wanderers were on top in the first half.

A minute into the second period, a good Cork move saw Welch feed Fernandes who forced Doyle into a fine save. 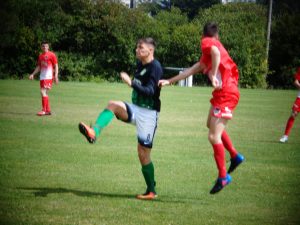 Wanderers took the lead on 53 minutes when Rossiter broke free and fired to the net. Cormac Kelly then shot wide from outside the area on 55 minutes.

Gilshenan’s snap shot on 66 minutes forced Giltinan into a save. Wanderers doubled their lead a minute later. Jamie Aherne fired a free kick into the wall, the rebound came back to him and he curled a great effort into the top right hand corner. Luke Rossiter added a third three minutes later.

Doyle made another great save on 80 minutes to deny Phillips. Wanderers completed the rout on 82 minutes. After good work from Dion Agbonze on the right he crossed to Aherne who fired home. 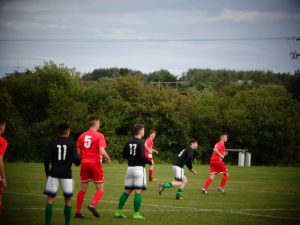 Cork hit the woodwork twice in the closing stages. Firstly, Murphy hit the crossbar on 84 minutes and then Fernandes struck a post two minutes from time. 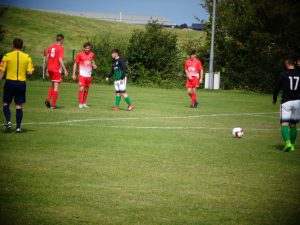