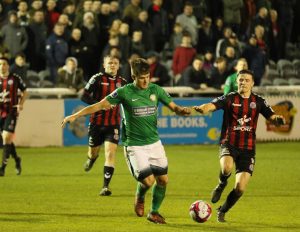 Bohemians ran out easy winners in this clash. Dinny Corcorcan, who had netted in the three previous league meetings this season, hit four on the night. The opener came in the eighth minute when Ward passed to Corcorcan and he rounded Mark O’Connor to score. Three minutes later, Bohs doubled their lead when Buckley fed Corcoran for a tap-in.

Bohs third goal came on 25 minutes following a Bray free kick. Supple gathered easily and threw out to Ward for a break away which ended with Devaney finishing the move past O’Connor. Corcoran completed his hat-trick six minutes before the break when he fired past O’Connor. 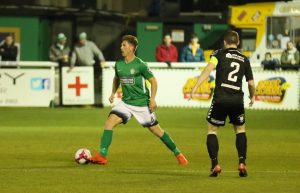 Wanderers made three changes at the break with John Sullivan, Sean Harding and Jake Kelly coming on to replace Hayes, Pender and Gorman. Wanderers were much steadier in the second half. Eventually, Corcoran added his fourth on 68 minutes, side-footing Ward’s cross to the net.

This defeat equalled Wanderers club record of nine successive league defeats and ten successive defeats in all competitions which was set earlier this season. 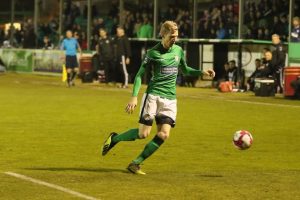