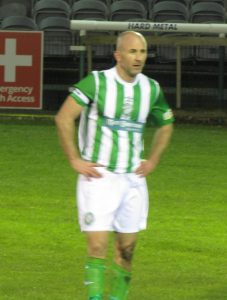 Luke Wade Slater had the first shot on goal after ten minutes, firing over the Bray crossbar. Bray came into the game more and Paul Keegan’s drive was deflected away for a corner on 23 minutes. The visitors took the lead on 33 minutes. Darragh Leahy’s cross from the left was headed in at the back post by Wade Slater.

Wanderers had a great chance to equalise on 42 minutes. Jake Ellis did well on the edge of the area and fed Luke Nolan on the right but the full back blazed his shot over the bar.

Wanderers did well at the start of the second half with plenty of possession. Ex-Wanderer Keith Buckley saw yellow for a dangerous tackle on Heany on 66 minutes. A minute later, Jake Ellis fired a shot from outside the area that Talbot saved easily. The visitors wrapped up the win on 86 minutes. Following a good piece of possession Keith Ward scored low past Sava,

In the final minute McGlade fed in Maher down the right wing but his cross was intercepted by Talbot.