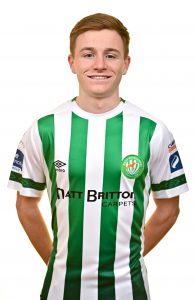 Brandon played schoolboy football with St. Joseph’s Boys at under 15 and under 16 level. He won 2 DDSL premier leagues and 2 All Irelands with St. Joseph’s before moving to the Bray Wanderers’ U19 side in 2016. He then moved onto Bohemians under 19’s later that season. He played with Bohemians under 19s in 2017 before moving to Shamrock rovers in 2018.

In January 2021, Brandon signed for Bray Wanderers on loan from Shamrock Rovers for the 2021 season.