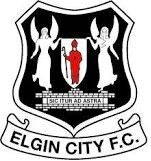 Bray Wanderers has been drawn away to Scottish League 2 side Elgin City in the second round of the IRN-BRU Cup.

The draw for the second round of the IRN-BRU Cup was made today at the Falkirk Wheel and resulted as follows:

Ties to be played on September 2/3, subject to TV selections

** Disciplinary proceedings have commenced against Albion Rovers, who fielded an ineligible player in their game against Spartans on Tuesday.