After a week off, the Seagulls returned to the Carlisle Grounds for a final time in the SSE Airtricity League First Divisionin their centenary year.

With a seventh-place finish all but inevitable fans could be forgiven for the sense of apathy which surrounded this Friday fixture at the Carlisle Grounds. And yet the manner in whichthis one played out will still gall those who have followed Bray through thick but mostly thin this season.

The game started brightly for Wanderers when Ben Feeney continuedhis upward trajectory when he fired his side in front after seven minutes.

A crisp pass from Conor Clifford from inside his own half found Callum Thompson down the left flank. Thompson squared to Feeney inside the D and the striker curled his right footed shot into the top left-handcorner.

Any optimism home fans may have had was short lived as Cobh found an equaliser within five minutes.A corner from the right wasn’t cleared and when the ball fell to Luke Desmond in the scramble, he was quick to fire the ball home past Stephen McGuinness.

The best chance in the remainder of the half fell to Feeney on 23 minutes but he was unable to guide Paul Fox’s accurate cross past the keeper. Feeney again came close just before the half ended but Burke denied him with a good save and Thompson was unable to find the net with his chipped attempt.

The half ended all square with fans welcoming a chance to warm up as the familiar chill returned to the Carlisle air.

It was just before the hour mark when things once again came apart for the Seasiders. After a sweeping move Cobh found space on the right edge of the box with captain John Kavanagh who finished well to give his team the lead.

Soon after, Feeney’s low drive came back off the foot of the upright.

With 73 minutes on the clock, Bray yet again failed to deal with a corner and this time it was Liam Kervick who was able to fire the ball into the net and give the visitors a two-goal cushion.

The Wicklow outfit reached for a mix of youth and experience off the bench, but the five substitutes were unable to influence the game.

As the match approached its final moments the concentration well and truly dropped, and Cobh found the net twice more to add even further disappointment to an already dejected fan base.

Firstly, Beineon O’Brien Whitmarsh capitalised on confusion in the Bray back four to gather at the edge of the box and beat McGuinness in the 89thminute. With just two minutes left at the Carlisle this season the Bray defence was once again cut open and Luke Desmond was able to round the keeper and slide the ball into an open net.

So ends football on the seaside for this centenary year of the club. In a year bookended with embarrassing defeats to teams from Cork, there is perhaps relief that it is over.

While nobody is happy with how the season played out, at least its impending end gives the club time for much needed reflection. 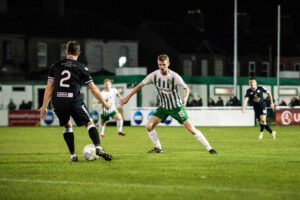 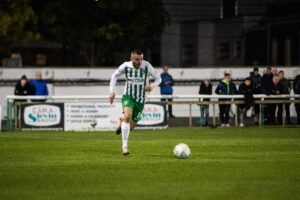 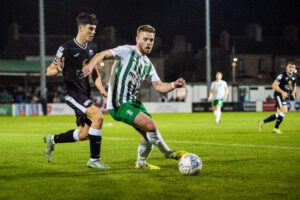 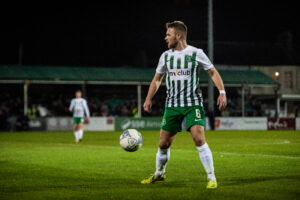 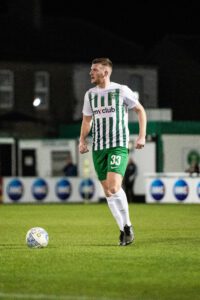 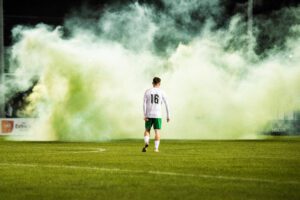 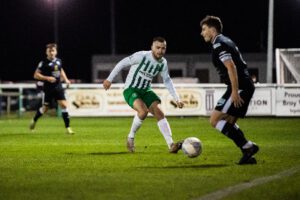 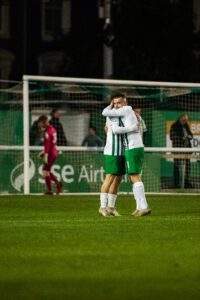 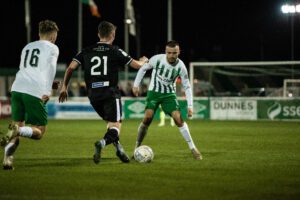 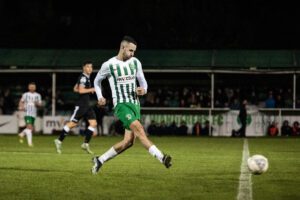 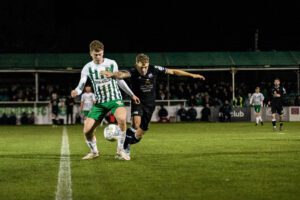 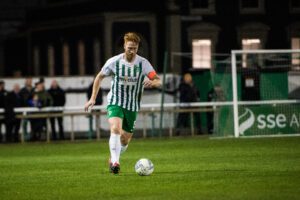 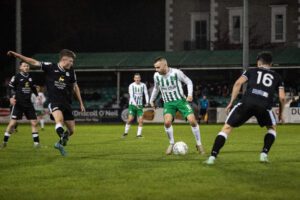 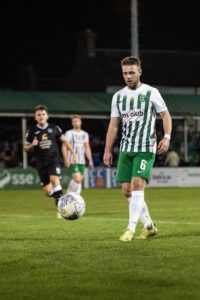 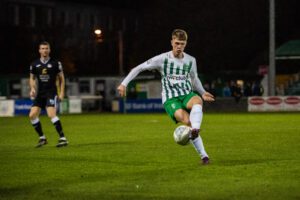 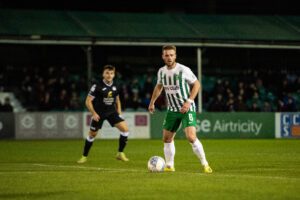 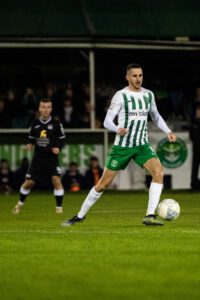 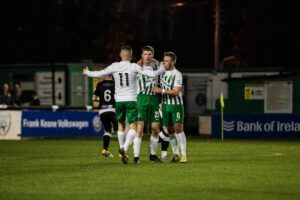 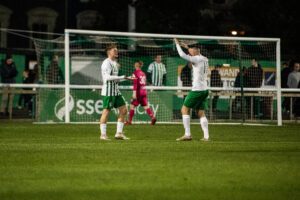