Having failed to win their last five games since beating Athlone at the Carlisle Grounds back in May, goals by Ben Feeney and Kurtis Byrne sealed victory at the Athlone Town Stadium on Friday against the basement club.

The two previous meetings in 2022 had seen Wanderers pick up four points. And the Midlanders had failed to keep a clean sheet all season.

That run continued in the 48th minute when Feeney scored a close range glancing header after Byrne’s cross.

But that lead lasted just three minutes. From Glen McAuley’s free, Stephen McGuinness made a parried save. But Aaron McBride reacted to force in the rebound.

Yet, the Wicklow outfit went back in front just before the hour mark. Callum Thompson evaded a tackle in his own half to burst forward. His slide rule pass sent Byrne clear to roll low to the net from 14-yards.

The Westmeath team gave a debut to Bulgarian/American goalkeeper Vladislav Velikin while midfielder Adam Lennon returned to the club after a spell at UCD.

But coach Gordon Brett was named as manager on the team sheet in place of Director of Football Dermot Lennon, although both were in the dug-out.

As for Wanderers, with the veteran duo of Kevin Knight (injured) and Conor Clifford (suspended) missing out, Byrne and Karl Manahan were recalled to their first 11 as goalkeeper Stephen McGuinness was named captain.

New signings Colin Kelly (who would debut late on), and Jamie Hollywood were included amongst the substitutes, along with the returning Kieran Mary Waters and Dean Zambra.

After a quarter of an hour, both Conor McManus and then Byrne sent inviting crosses into the box that nobody was able to get onto.

At the other end, Dan Blackbyrne and Eoin Massey made vital 26 minutes blocks to thwart Glen McAuley.

From then, the ‘Town had the better chances in the opening period. McGuinness made a great save one-one with Thomas Oluwa on 34.

McAuley had penalty appeal turned down in the 42nd minute after tangling with Massey. Seconds later, Gary Armstrong’s cross-shot clipped the crossbar. 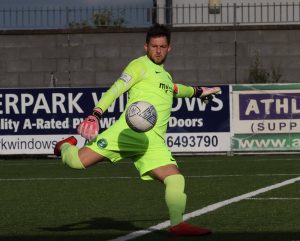 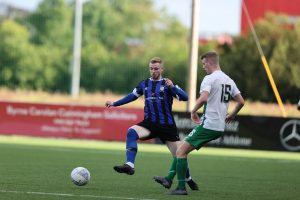 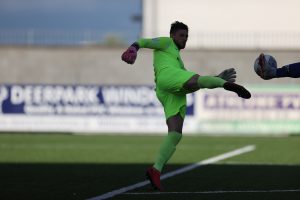 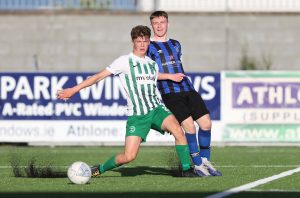 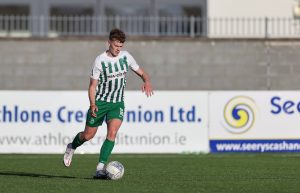 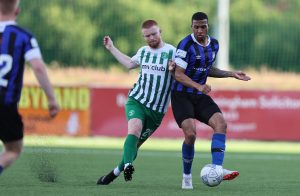 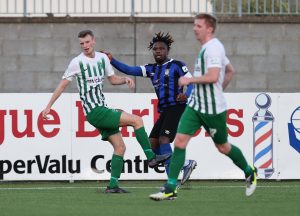 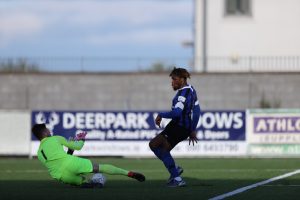 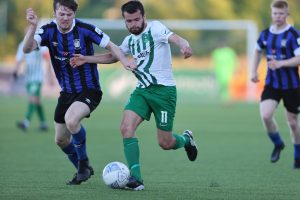 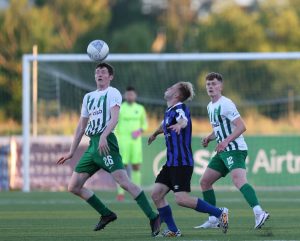 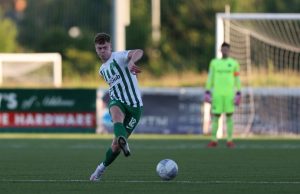 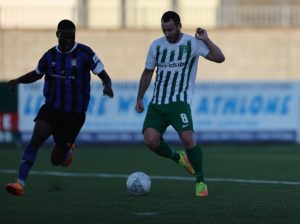 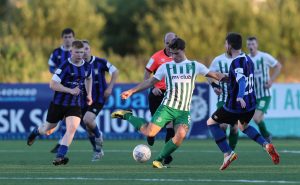 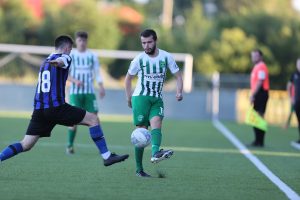 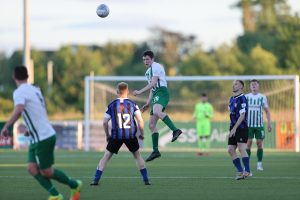 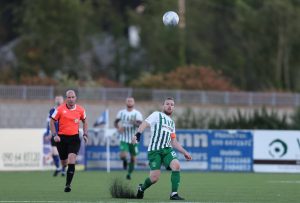 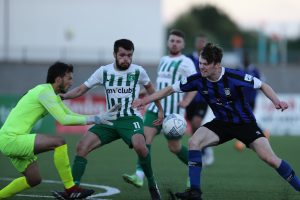