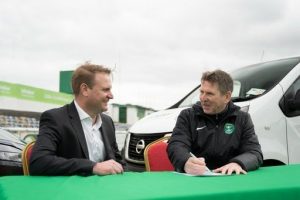 Tony Richardson, chairman at Bray Wanderers, said: “We are delighted to have Windsor Motors on board. We hope this is the beginning of a hugely successful period for both ourselves and Windsor Motors.”

“Windsor Motors are a huge sponsor, and supporter of local sport. We are delighted that they have decided to expand further by teaming up with us.”

Richardson added “As a club, we are very appreciative of  the support of such a strong successful national brand as Windsor Motors and the international brand of Nissan. It’s further validation of what we are doing as a club”.

The extremely generous sponsorship includes a van and a support vehicle for our home and away matches in the SSE Airtricity National League.

Andrew O’Toole, Head of Nissan Sales Windsor Motor Group, commented on the sponsorship, saying “Together with Windsor and Nissan, we are thrilled to be sponsoring Bray Wanderers – it’s a club that stands out to us with a strong and memorable national heritage. We are committed to giving back to local Irish communities and what better way to do so than supporting great local clubs, such as Bray Wanderers.” 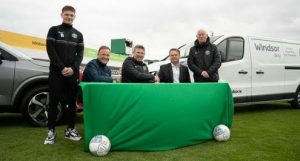 Richard O’Brien, Dealership Manager from Windsor Motors Bray and Deansgrange Nissan said, “We are delighted to sponsor our local club Bray Wanderers and wish them the very best of luck for the rest of the current season. Bray Wanderers is an integral part of the community in Bray, County Wicklow and South Dublin.”

This is the first stage of a number of projects that Bray Wanderers and Windsor Motors will be working together with to help the local communities.