Bray Wanderers FC are delighted to announce the appointment of Sami Dowling as the club’s Fitness & Performance Coach for the 2017 Season. Sami joins the squad having impressed manager Harry Kenny with his determination and energy.

‘Sami has a good weight of experience across different sports so we look forward to his professional skills in preparing the squad for the upcoming next season,’ says Harry.

He also served as National Head S&C coach to the Irish rugby U18 and U19 men’s teams, the Irish Women’s Rugby team as well as having assisted with the Men’s Senior Rugby team in their pre-season training for the 2011 rugby World Cup.

In GAA Sami has worked at the highest level, serving as S&C coach with Down and Dublin football teams, winning an All-Ireland with the Dublin Senior team in 2011 and the Dublin U21 and Minor teams in 2012.

As well as having a strong background in S&C for field sports, Sami has coached athletes to a high level in the sport of Olympic Weightlifting including the European and World Championships, serving as the High-Performance coach for Weightlifting Ireland from 2014-2016.

Currently Sami works with Cuala GAA, St. Mary’s College Rugby Football Club and St. Gerard’s School rugby and hockey teams as their athletic and performance coach. And now can add the Seagulls onto his impressive resume.

“Having already met some of the players to guide them through their off season programme, I’m extremely impressed with their ambition and hunger to further improve for the season ahead and look forward to making my contribution to the team,” he says. 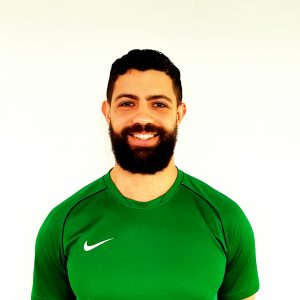