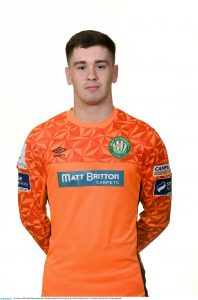 He signed his first senior contract with the club ahead of the 2018 season. Brian joined Bray Wanderers on loan from St. Patrick’s Athletic in February 2020. He made the move permanent in July 2020.