Wanderers started their 2019 league campaign with almost a full new team. Only Sean Heaney of the starting eleven remained from last season.

The first half was a scrappy affair played on a bumpy pitch. Robert Manley had the first shot on goal for Cabinteely on 14 minutes which Sava saved easily.

Former Wanderer under 19 player Luke Clucas forced Sava into a save from a free kick on 33 minutes. Wanderers had a chance on 36 minutes when ex-Cabo player Joe Doyle got in behind the defence, but his lob over McGuinness went wide. 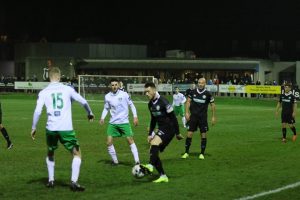 Wanderers were much improved in the second half and were rewarded on 64 minutes when Conor Keely conceded a penalty. Dylan McGlade duly converted the resultant spot kick.

Wanderers doubled their lead when new loan signing Dean O’Halloran tapped in from close range. O’Halloran only joined the Seagulls on Friday, on loan from Waterford FC. The visitors wrapped up the win in the final minute when McGlade raced though to slot the ball under McGuinness. 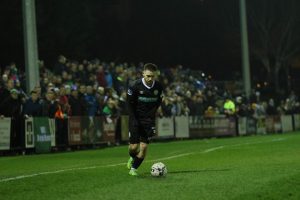