Bray Wanderers FC manager Harry Kenny has confirmed that Peter Cherrie will remain at the Carlisle Grounds for 2017 with the shot stopper having signed a 2 year contract at the start of last season.

Having signed for the Wanderers in the summer of 2015, Cherrie has been ever present in the Wanderers generic synthroid 50 mcg side of the past year and a half with the Scottish keeper having racked up 56 appearances so far during his Wanderers career.

Peter is very much looking forward to the coming season and is excited about the clubs push for major honours. 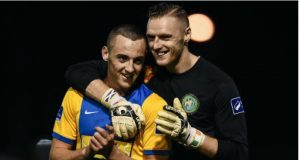