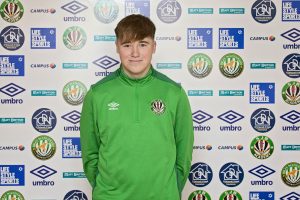 He was drafted into the Bray Wanderers first team panel in May 2018. Cian made his first team debut in a league game against Cork City at the Carlisle Grounds on 27 July 2018.