Bray Wanderers FC are delighted to announce that midfielder Dylan Connolly has committed his future to the club by signing a new two year contract following a meeting this morning with manager Harry Kenny.

Dylan was voted the club’s player of the month for June while he also came away with the overall player of the year award at the end of season awards synthroid online without prescription night.

Speaking after signing his new contract Dylan said “I am looking forward to the new season with Bray Wanderers FC and to getting into pre-season training with Harry, Liam and the squad. The past season was a brilliant part of my career and I look forward to repaying the clubs confidence in me as we strive to finish in the top part of the SSE Airtricity League. Harry Kenny had a huge impact on my football last season and I am grateful for what he has helped me to achieve”. 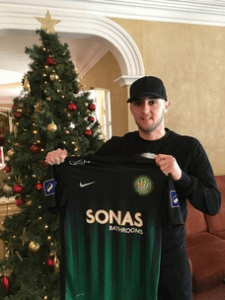