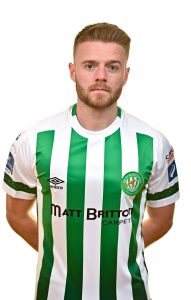 Conor played underage football with Crumlin United before moving to Chelsea in 2008. He captained Chelsea to the FA youth cup win in 2010 where he scored the winner against Aston Villa in the second leg of the final at Stamford Bridge to win the cup for Chelsea. He had loan spells followed at Plymouth Argyle, Notts County, Yeovil Town, Portsmouth and Crawley Town before he left Stamford Bridge in January 2013. Spells at Leicester City, Southend United, Barnet (loan) and Boreham Wood followed before he returned to Ireland in 2017.

He has won the English National league with Barnet in 2015 & the league cup with Dundalk in 2017.