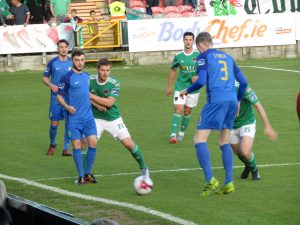 Wanderers were unchanged from the team that drew at home to Waterford FC last Monday. Cork went ahead in the fourth minute when Barry McNamee’s through ball fed in Jimmy Keohane and he duly slotted past the onrushing Evan Moran.

A minute before the break, Cork added a second when Sean McLoughlin fired to the net after a loose ball had broken to him in the area. Wanderers had opportunities from the head of Sean Heaney. Firstly, he headed a Gary McCabe free kick just wide of the far post and then, he headed a McCabe corner wide from the left just wide. On the stroke of half time Kevin Lynch ran down the left and fired a long-range effort which McNulty gathered at the second attempt. 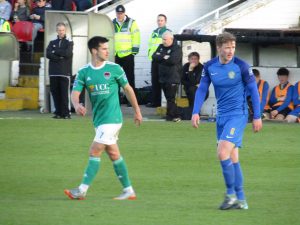 On 64 minutes, Evan Moran misjudged a cross on the left from Sadlier and Graham Cummins tapped in from close range for Cork’s third. Cork added a fourth on 75 minutes when Garry Buckley nodded home Karl Sheppard’s cross.

Cory Galvin forced McNulty into a great save to deny Wanderers a consolation. Galvin had another opportunity inside the area but he was unable to connect with the goal at his mercy. Ronan Coughlan headed just wide in injury time. 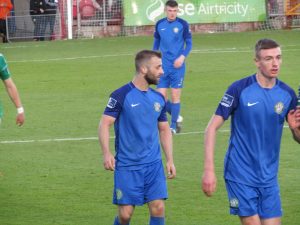