Darragh Noone is September POTM 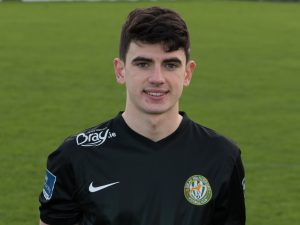 Darragh Noone was voted the Bray Wanderers player of the month for September by the Seagulls club members. Darragh scored twice in September in the home draw with Limerick FC and the 5-0 away win over Derry City.

Darragh will be presented with his award at Saturday’s home game against Galway United.