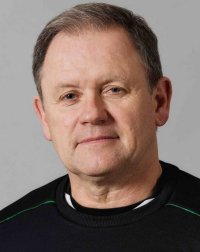 Bray Wanderers Football Club is delighted to announce the appointment of Dave Mackey as First Team Manager.
Dave takes up his role with 30+ years experience as a player, coach and manager in the League of Ireland and boasts a proven track record in recruitment and development of young players for First Team football.
Dave was previously involved with BWFC from Jan. ’08 to Dec. ’13. His roles included Asst. First Team Coach, U-19 Manager/Coach and A Team Manager/Coach.
During that time, players who progressed to First Team football included Chris Shields, Dane Massey, Dave Webster, Kieran ‘Marty’ Waters, Ismahil Akinade, Stephen McGuinness and Pierce Sweeney.
Dave’s playing career spanned from July 1980 to June 1993 and included stints with Dundalk FC, Shelbourne FC and Shamrock Rovers.
The club looks forward to a long and fruitful spell with Dave at the helm.
2018 season tickets now on saleUnder 19 trials