Bray Wanderers FC are delighted to announce the signing of defender Derek Foran ahead of the 2017 SSE Airtricity League season.

Derek joined the under-age set up at St Patrick’s Athletic from Templeogue United in 2002. In 2006 he was elevated to the senior squad and received international recognition at U17 and U18 levels.

In February 2008 Derek joined Bray Wanderers on loan, a move that was made permanent in July 2008. Derek made 56 appearances and scored one goal in all competitions in his two seasons with Bray Wanderers. He was the Supporters Player of the Month for March 2009.

In January 2010 Derek moved to Sligo Rovers and was a substitute in both of Sligo’s FAI cup wins in 2010 & generic vs synthroid 2011. In January 2012 Derek signed for Dundalk and joined Shamrock Rovers for the 2013 season. He won the Setanta Cup winner’s medal when Rovers beat Drogheda United in the final in 2013 as well as the Leinster Senior Cup in 2013.

In January 2014, he moved to St Patrick’s Athletic and was on the bench for the FAI Cup Final which St Pats won 2-0 against Derry City.

In March 2015 Derek moved to California and signed for United Soccer League side Sacramento Republic FC on a two-year contract where he now returns from. 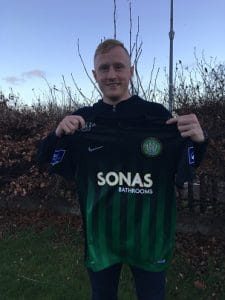