Bray Wanderers FC are pleased to announce that defender Hugh Douglas has re-signed with the club for the 2017 season.

The ever present local defender has signed up for what will be his third season at the Carlisle Grounds. Since his arrival from UCD, Douglas has made 72 appearances for the club, 37 of which came in the 2016 season. Douglas scored 1 goal for the Wanderers last season and has 4 goals overall for the club.

Everyone at the Carlisle is delighted to have secured his signature for the 2017 season. 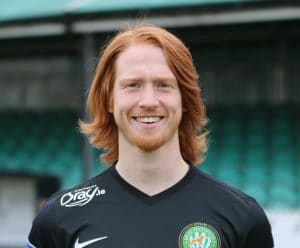