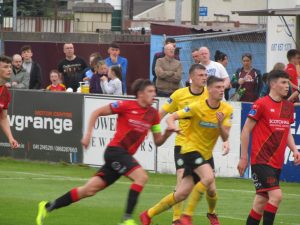 Luke McNally headed home a 90th minute winner to deny Wanderers a share of the points in a game they didn’t deserve to lose.

Wanderers made one change to the starting team from the team that defeated Longford Town in their last outing. Darragh Gibbons started in place of Luke Nolan. Gibbons played at centre back with Killian Cantwell operation in the right full position. Hugh Douglas missed out through a one match suspension for picking up five yellow cards this season.

Drogheda started well with former Wanderer Chris Lyons looking lively in attack. Lyons forced Sava into a great save after just six minutes, with the keeper tipping over a rising shot, Joe Doyle got in on the left on 13 minutes but Gratzer blocked his shot at the second attempt. Sava then saved from Meaney and then Clarke’s follow-up header. Wanderers had a good spell before the break. Dylan McGlade created space on the right after beating several Drogheda defenders hit the post from close range. Philip Gannon fired an effort over from the edge of the box. 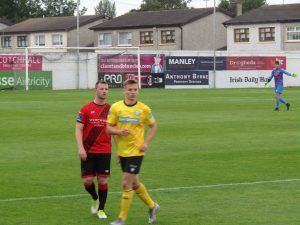 Clarke fired over for Drogheda after been set up by Lyons in the 52nd minute. McGlade broke free in the 79th minute and with only Gratzer to beat he put his effort wide of the left post. Derek Daly fired a shot across the goal with three minutes remaining as both sides tired in the closing stages.

On the stroke of full time Brennan’s long ball into the box was headed home by McNally past a stranded Sava for the winner.

This was Wanderers eighth league defeat of the season and they have failed to score in all eight league defeats this season. 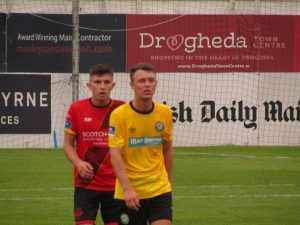 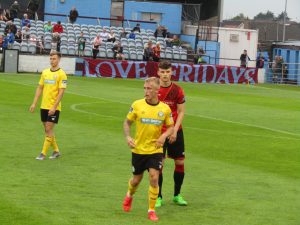