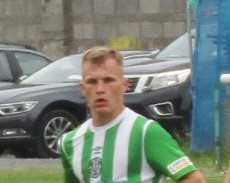 Dylan joined Bray Wanderers’ U17s in July 2016 but moved to Bohemians one month later where he played for both their U17s and U19s.

He made 4 appearances for Bohemians first team, all in the EA Sports cup. He played twice in the UEFA youth league for Bohemians under 19s in 2018 against Midtjylland (Denmark) under 19s.