Wanderers hit five on the road for the second time this season with five different goal scorers, but their three promotion play off rivals above them in the table all recorded comfortable wins. Brandon McCann, John Martin and Philip Gannon all got on the score sheet for the first time for the club.

Wanderers made one change to the starting team from last week’s win over Limerick FC. Jake Ellis started in place of Philip Gannon.

Wanderers suffered a 2-0 loss in Ferrycarrig Park on their earlier visit this season, back in March, and were in no mood for a repeat as they started at a good tempo. Wanderers were awarded a penalty in the sixth minute after a push on John Martin in the area, Paul Keegan duly converted firing to Chambers right.

Jake Ellis did well on the right wing in the 17th minute and his cross was headed back by Dean Williams to Brandon McCann who scored from close range. Wanderers made it three on 26th minutes when John Martin spotted ex-Wanderers underage keeper Corey Chambers off his line and he found the net from just inside the Wexford half.Wanderers gifted Wexford a soft goal a minute before the break when Sava’s short kick out to Keegan forced Keegan into playing the ball back, but Danny Furlong nipped in to poke the ball past Sava. Wanderers responded within a minute when Martin found McGlade on the left and he wrong footed Chambers to score low into the bottom left corner.

The pace dropped in the second half, but Wanderers added a fifth in the 65th minute, when Philip Gannon fired home from the edge of the area. John Martin’s header on 85 minutes was cleared off the line by Darragh O’Connor. In the final minute, Sava saved well from a well struck free kick from Shane Griffin. 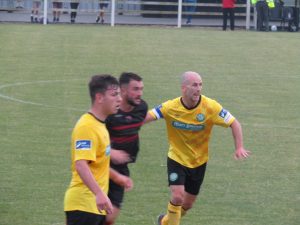 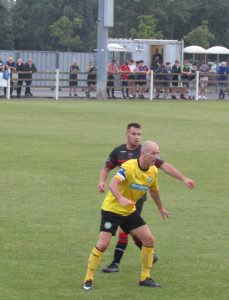