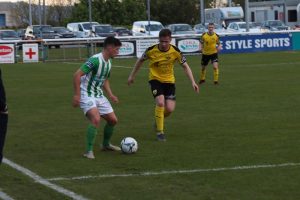 Wanderers made it back to back league wins when they came from behind in this game to earn victory. The game started evenly without any clear cut chances. Galway took the lead on 21 minutes when the lively Shane Doherty picked up a loose ball played back by Dylan McGlade and ran on to score low past Sava. Wanderers had a let off when Doherty seem to be through again minutes later but referee Alan Carey called play back and awarded Galway a free.

Bray started the second half brightly but within three minutes of the resumption Vinny Faherty headed inches wide for Galway from a Stephen Walsh cross from the left. Wanderers drew level on 56 minutes with a stroke of luck. Dylan Barnett’s free kick from the left was missed by Horgan and Hugh Douglas’ header appeared to be going wide before going in off the head of Christopher Horgan. Gary Cronin introduced an extra striker in Jake Ellis and he was instrumental in setting up the winner three minutes from time. Ellis picked up the ball in the left corner and sidestepped Cian Murphy before crossing where Hugh Douglas stooped to head low to the net.  Dylan McGlade almost added a third in injury time but shot over after creating the chance. 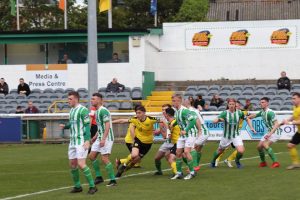 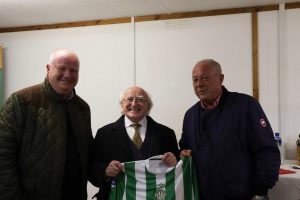