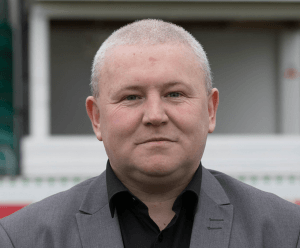 Graham, who is a UEFA ‘A’ licence coach, was a coach at St Joseph’s boys for over 21 years up until 2015 generic synthroid images when he took over the Bray Wanderers U17 Squad, In July 2013 Graham received the Noel O Reilly FAI Coach of the Year award, this was on the back of successfully completing his UEFA ‘A’ Licence, Coaching the winning Kennedy Cup team and also seven player’s from his team at St Joseph’s Boys receiving International Caps. Graham is also a qualified Video Analyst and has worked in this role with Bray Wanderers 1st team and the Rep of Ireland U16 Squad in the past.

He was appointed caretaker manager to the first team in April 2018.