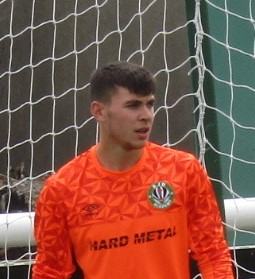 Jack played for Cabinteely under 17 team in 2017 before joining St Patrick’s Athletic under 17 in July 2017. Jack is the SJ.B Academy under 19 goalkeeper for the 2018 season.

He was drafted into the Bray Wanderers first team panel in August 2018 and was on the substitutes bench for the first time in the league game against Dundalk on 17th August.