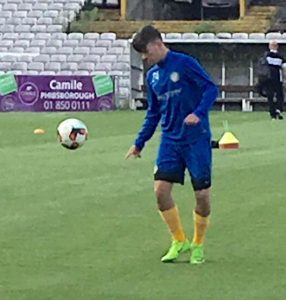 Jake Ellis became Bray Wanderers youngest ever player in the League of Ireland when he made his first team debut against Drogheda United on 18th August 2017.

Jake was aged 16 years, five months and four days on his debut.

The previous record for youngest Bray Wanderers player was held by James Kavanagh who made his debut for Bray Wanderers against Dundalk on 5th March 2010 in a premier division game aged just 17 years and 52 days old.