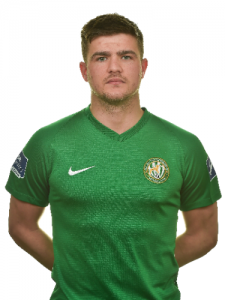 In January 2012 Jake signed for St Patrick’s Athletic. Runner up in the FAI Cup in 2012. The following season he won the premier division title with St. Pats. In January 2014, Jake returned to Bray Wanderers and moved onto Dundalk for the 2015 season.

Jake made 6 substitute league appearances for Dundalk before moving to Bohemians in July 2015.

He moved onto Longford Town for the 2017 season. He signed for Bray Wanderers in January 2018 for his third spell with the club.