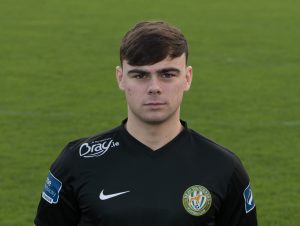 Jamie started off at Lucan United before moving to Cherry Orchard at schoolboy level. He was an SFAI Cup winner with the Cherry Orchard. He then moved onto St. Patricks Athletic and played for Shamrock Rovers under 19s in 2016 season.

Jamie played for the Republic of Ireland under 17s during the campaign for the UEFA Cup Under 17 Championship Finals in 2015.He played in three games in the Elite round against Greece, Belarus and Poland in March 2015. He scored twice in the 3-1 win over Belarus. Jamie made three appearances in the Final Tournament in May 2015 against the Netherlands, Italy and England.

He scored twice for the Ireland U17s against Belarus in the Elite Qualifying Round then featured in the UEFA U17 Championships finals in May.

In 2016 he helped the DDSL win FAI Youths Inter-League Cup.

He joined Bray Wanderers in January 2017.