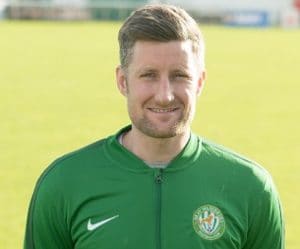 Jason played at youth level for Tolka Rovers, Sheriff Y.C. and Bohemians before graduating to the Bohemians first team, making his league debut in August 2002. He made his Irish Under 21 debut four days later in an international against Finland.

He won back to back Premier Division titles in 2008 & 2009 and also played in the UEFA Intertoto Cup in 2008, scoring in both rounds, against Rhyl and FK Riga.