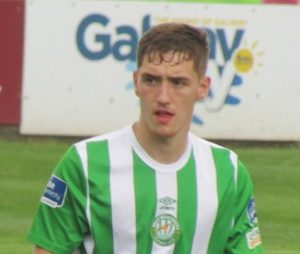 John played for St. Patrick’s Athletic’s under 17s for the 2015 and 2016 seasons. In 2017 he signed with Waterford to play with their U19s but he was also included in the senior team, making his league debut against Longford Town at the RSC in May 2017.

He made 15 league appearances and scored 4 times in 2017 as Waterford won the First division title. In 2018 he played 14 times and scored twice in the Premier division for the Blues.

In 2019, he made 7 league appearances for Waterford before joining Bray Wanderers on loan in July.