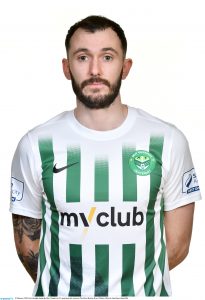 Kevin played under-age football with St Joseph’s Boys before going to England to join Leicester City in 2009. He spent two years with Leicester before returning home in 2011 and signing for Bray Wanderers. He made 57 appearances in all competitions for Bray between 2011 – 2013.

He played with Shamrock Rovers II team in the First division for the first part of the 2014 season (13 league apps) before moving to Athlone Town in the premier division for the remainder of that season.

Kevin is a former under-age international for the Republic of Ireland, having played at under 17 and under 19 level.