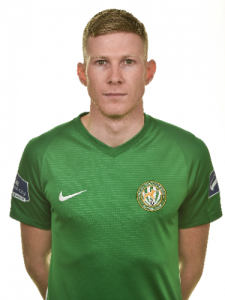 Kevin Lynch is the supporters club player of the month for August/September. This was a combined monthly award as there were only two games in September.

Kevin will be presented with his award at the player of the year awards night on Sunday, 28th October at 8.00pm in the Royal Hotel, Bray.