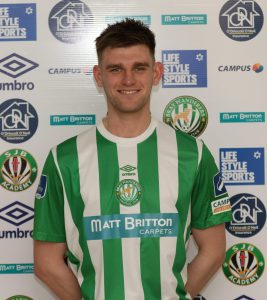 Killian joined Galway FC for their 2015 Premier Division season and he played in the EA Sports Cup Final, which Galway lost on penalties to St Pats. Killian played with Finn Harps (2017) and then Limerick FC in 2018.

He joined Bray Wanderers in February 2019.