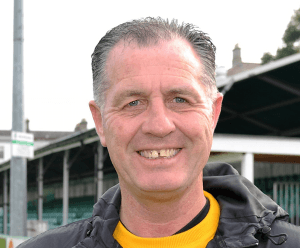 Liam began his career with the schoolboy club Stella Maris.He began his senior career at Bohemians where he was also a youth international representing his country at the 1983 UEFA European Under-18 Football Championship.

After Newcastle he had spells with Tranmere Rovers, Cork City and Bohemians (player/coach).

Liam won 16 senior international; caps for the Republic of Ireland and was part of the UEFA Euro 1988 squad.

Liam had spells as assistant manager at Bohemians and Shamrock Rovers. He was appointed first team coach of Hibernian in November 2011 until the end of the 2012/13 season. He joined Bray Wanderers in June 2016.