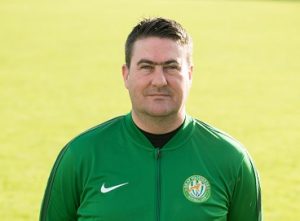 Marc spent after three seasons at Liverpool F.C. He then played for three seasons in the IFA Premiership with Bangor F.C. and Glenavon F.C Marc joined Shamrock Rovers in October 1996.

He has coached Phoenix F.C. in the Leinster Senior League. He joined Bray Wanderers in January 2017 as under 19 manager.