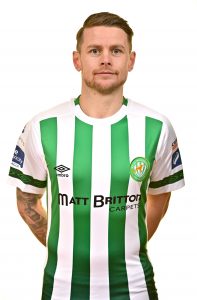 Mark returned to Ireland in 2020 and made 10 league appearances for Shelbourne. He joined Bray Wanderers in February 2021.