At the end of the season – all SSE Airtricity League First Division points are equal. Yet, last night’s draw at Turners Cross feels a lot more positive than the previous three. 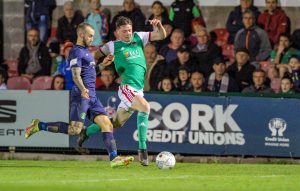 Nobody at the club could forget what happened last time these sides met at the Carlisle Grounds in February; and this result certainly shows how far this squad has come after the first round of fixtures. Despite missing several key players, the Wanderers showed great commitment and discipline to frustrate a high-flying Cork City side. While the Rebels enjoyed the majority of the possession in the opening 45-minutes, their ponderous play lacked the cutting edge to break down the highly organised Seagulls defence.

While Stephen McGuinness had little to do in the away net, he was called upon in the 26th minute to deny Ruairi Keating with his feet after Matt Healy had found the City striker in space. It was a frustrating half for the home faithful while the committed Seagulls fans that had travelled on Good Friday were in high praise of their sides’ effort.  The second half started with an onslaught from the Leesiders. But once again, the Wicklow men frustrated their efforts and weathered the storm. Bray did have a chance of their own just after the hour mark when Dan Blackbyrne charged down the right wing and unleashed a cross that found Rob Manley’s head but the forward glanced his header over the bar. Cork’s best chance did not come until five minutes when Barry Coffey somehow managed to blaze over from point blank range in front of the increasingly frustrated City fans.

While referee Eoghan O’Shea only saw fit to add on two minutes of added time, but they were not without incident. Cork made loud calls feeling they had earned two penalties, but both were waved away as O’Shea awarded a free out to Bray. Cork’s frustrations truly boiled over as a fracas ensued which David Harrington felt compelled to leave his goal for and duly earned a booking for his contribution after the journey. Kevin Knight emerged from the commotion with a new styled jersey hanging off his shoulder which won’t bother him in the slightest as his side left with a hard-earned point before another tricky tie awaits on Monday against an in-form Longford Town. 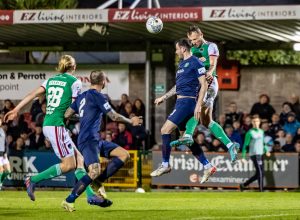 While a lack of goals will be a concern for the management team it is clear that no team will fancy trying to break down this Wanderers defence that will only get more formidable with the return of Hugh Douglas who made a welcome return in the dying minutes last night. 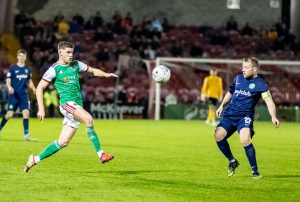 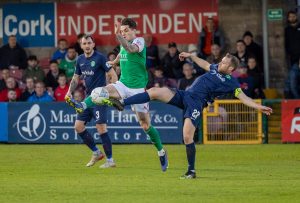