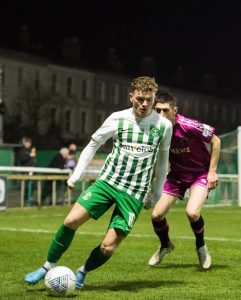 After two away wins in a row, the ‘Wanderers returned to a great atmosphere at the Carlisle Grounds, which unfortunately was not enough to push them past Wexford.

Bray came into the SSE Airtricity First Divisionmatch on Friday hoping to secure points at home for the first time this season; and cannot be faulted for effort throughout the 90 minutes.

The finishing touch was all that was lacking against a Wexford side who will leave Wicklow happy with their first clean sheet of the season.

Pat Devlin made three changes to his side with Dan Blackbyrne, Keith Dalton and Callum Thompson all coming into the starting 11.

A disjointed first half saw neither team establish themselves on the match. Bray looked their brightest attacking down the flanks with Callum Thompson in particular and Keith Dalton looking dangerous.

The only real opportunity fell to Kurtis Byrne on 27. But he was denied by Paul Hunt close in after the striker had controlled and turned well just outside the six-yard area.

Both defences were solid, and chances were few and far between with neither goalkeeper having much to do until the interval.

Bray’s best chance of the match came on 52 minutes with Thompson once again at the heart of all that was good about the Seagull’s performance.

Jack Hudson released him down the left as he beat the full back and the away goalkeeper Paul Hunt who ventured off his line to deal with the danger. Despite the open goal, the winger could only find the side netting from the tight angle. 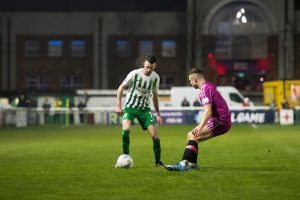 As the scoreless draw seemed inevitable, the Wanderers nearly came up with a winner deep into stoppage time.

Substitute Conor Knight nutmegged the full back cutting in from the right side and laid the ball off the Kurtis Byrne who let off a low shot which came off the post and was cleared for a corner.

Ultimately, Wexford will head back down the N11 the happier team while Bray will look to find some goal scoring form when they head to Athlone Town next Friday night.

While Bray fall to seventh in the league table, it is clear it will be a tight season as four teams sit on seven points with Cork City still looking the clear favourite to top the table. 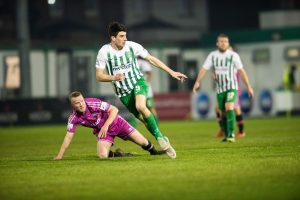 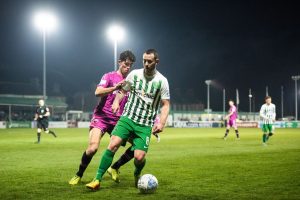