Bray made it three SSE Airtricity League First Division games unbeaten after playing out a 1-1 draw at Bishopsgate on Friday.
The result keeps both clubs in the play-off hunt.
But the game was marred by crowd disturbance by people in the designated away end of the grounds – with the game stopped early on with flares on the pitch.
The away side travelled without captain Hugh Douglas and vice-skipper Dean Zambra which saw Kieran Marty Waters take the armband.
Ben Feeney and Conor McManus were also absent, with Leaving Certificate exam commitments confining Darragh Lynch to the bench.
Just before kick-off, Dan Blackbyrne got injured in the warm-up.
That saw Conor Clifford promoted from the bench for his first start since being injured at the same venue last March. Ugo Anny Nzekwue filled the void on the bench.
In a whirlwind start, Michael Kelly had to react straight from the tip-off to save Cristian Magerusan.
Straight away at the other end, Keith Dalton flashed narrowly wide from the edge of the box.
Then in the third minute, Verdon scuffed wide from Magerusan’s cut-back.
The two previous SSE Airtricity League First Division meetings in 2022 had seen the visiting team win 2-1 on both occasions.
In the meeting at the Carlisle Grounds back in April, Michael Barker gave Longford the lead with Rob Manley equalising – both against their former clubs. This time, it was the other way round.
Having weathered an early storm (amid heavy rain) by the hosts, the Seagulls took a 23rd minute lead.
After Jack Hudson’s timely interception, Waters pounced on a loose ball in the ‘Town half. His pass slipped Manley clear to slot low under Luke Dennison from 15-yards.
Manley went on to sting the palms of Dennison on 27 with a drive from outside the box at the expense of a corner.
Just after the half hour, the Longford custodian made a miraculous save to somehow keep out Manley’s back post header. From the resulting corner, Kevin Knight glanced a far post header just wide of the upright.
The Midlanders levelled three minutes before the interval. From Dylan Barnett’s corner, Michael Barker’s bullet header was parried by Michael Kelly. But the Assistant referee adjudged the ball had cross the goal-line despite protests by the Seagulls.In a tight second period, Bray went close to going back in front on 53 when Darragh Levingston found the side-netting with a snap-shot after Dalton’s effort ran kindly for him.
Just 90 seconds later, Magerusan headed over when well place from Shane Elworthy’s cross from the right.
A 73rd minute back pass was almost capitalised on by home sub Callum Warfield. But the attacker mis-controlled as Kelly advanced in the box.
Having been booked in the 71st minute, Eoin Massey picked up a second yellow just four minutes later to leave Wanderers with ten players for the final quarter hour. 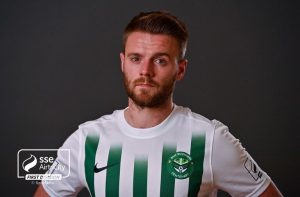 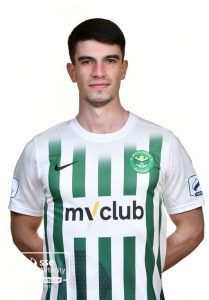