Bray Wanderers FC are delighted to announce the signing of midfielder Gary McCabe from Shamrock Rovers.

28 year old McCabe returns to the Seagulls having previously played for the club from 2007 until 2009. Since then Gary has played for both Sligo Rovers and since 2011 Shamrock Rovers where he was the clubs league goal scorer in the Premier Division with 10 goals.

We’re delighted that Gary has committed to the club for the 2017 season and we look forward to his contribution to Harry Kenny’s squad. 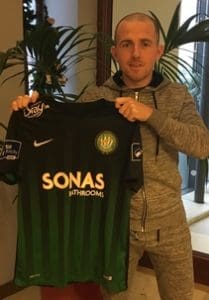