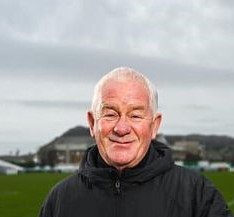 Pat Devlin has insisted hard work will eventually pay off and Bray Wanderers will turn around their season fortunes.

The Seagulls succumbed 3-1 to Galway United on Friday night at the Carlisle Grounds.

But conceded the major disappointment of failing to pick up any points from the clubs first three outings in 2022.

“Since we’ve come to the club, we’ve been under the cosh. We are Bray Wanderers. And that will never change. We showed a bit of quality in the sense of not giving up and trying to get at it. We’re nine points down and it’s very disappointing. From a personal point of view, I’m disappointed. Did I expect to be on top of the league? Well, I didn’t expect to be nine points down.”

He did go on to stress “I’m speaking on behalf of everybody. We’ll get working again. There’s a very quick turnaround to Longford on Monday. Then we’ve Cobh next Friday. So, there’s no room to be moping and moaning, and giving out. I feel for everybody whether its supporters, sponsors or otherwise. We want it better. We all want it better. I hope, and believe, we will get it better. I was disappointed we didn’t at least get a point. We should have had a point. The players showed a bit of character. That’s something to build on.”

The match effectively turned-on Galway being awarded a disputed penalty early in the second half when Dan Blackburne appeared to get the ball when challenging Jordan Adeyemo inside the box.

“It certainly didn’t look like a penalty. Unfortunately, he gave it. Penalty or not, we gave away a silly second goal. But we showed a bit of quality after that to get back into it. We took a gamble to try and get the equaliser, but we got caught for the third goal. A bit of bad luck for us but we are working away,” said the Head of Football.

“You can’t say anything about the effort the players put in. Do we have the most creative midfield in the world; do we have the best wide people. Maybe not. It’s a work in progress and we need to work on it. Gradually, it’s getting a little bit better. It’s very disappointing because it’s the result that counts.”

The club have already been fined twice against Cork City and Waterford FC for the use of pyrotechnics (flares). Another sanction is likely as it happened on two occasions against Galway.

It has led to Devlin imploring fans to be responsible and not to bring flares to games.

“If the fans think they are frustrated; we’re frustrated. Everybody is frustrated. The club is an expensive commodity. It is very hard to run. We’re here every day. We’re trying to make things better. You can see the improvements around the ground.”

He went on to say “In terms of money, there is no bottomless pit. We are trying like mad to improve. Be it players or the ground. But if people keep coming along, giving out, moaning and groaning.  We understand their frustrations – we feel the same way. But letting off flares costs us money. We will be sanctioned again for that. It must stop.”

Devlin concluded “Other people have to stop winding these lads up. And moaning about the team. None of the players, myself, the staff – want to be bottom of the league. Or conceding goals – not scoring enough. We want to be better. We will be better. Can we control the flares – no. People need to be respectful to the club. We’re doing our best. And that’s all we can do. Once we do that, we’ll be fine.”