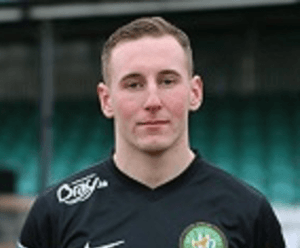 Paul is a centre back who played for Dundalk’s U19 side in 2012/13. He also played in the club’s synthroid no prescription cheap 2013 Leinster Senior Cup game against Shamrock Rovers. In 2014 he played in two of Dundalk’s EA Cup games on their way to lifting that trophy and also made the bench for some league games. He signed his first professional contract with the club in January 2015 and was included in Stephen Kenny’s first team squad ahead of the 2015 season. While he didn’t make a league appearance, he did play in various cup competitions before leaving the club at the end of the season. Signed for Bray Wanderers in February 16.