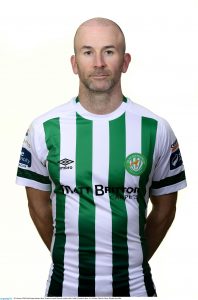 Paul began his career at Home Farm before moving to Leeds United youths. He spent five years at Leeds and was loaned out to Scunthorpe United in 2003 when he made 2 appearances.  In July 2005 Paul returned to Ireland and joined Drogheda United where he won the FAI Cup (2005) and premier division league title (2007). In January 2009 he joined Bohemians where he won his second premier division title (2009) and a League Cup winners medal (2009). In January 2011 Paul signed for English side Doncaster Rovers in 2011 and Waterford FC (2017-18).