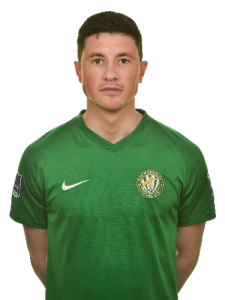 Ronan joined Limerick FC as a 16 year old after playing schoolboy football with Mungret Regional. He was a member of the Limerick Regional Emerging Talent Centre and won local league cups from U-11 to U-16 and holds local league medals at U-11 and 12. Ronan represented Munster in the FAI U-17 Interprovincial Tournament in Wexford in 2012/13 season. He played for Limerick’s under 17s and under 19s. Ronan moved to Huddersfield Town from Limerick FC in July 2014. He was released by Huddersfield in July 2017.