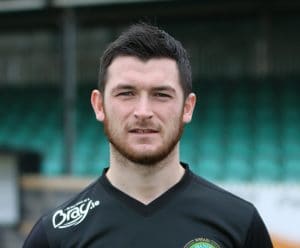 Ryan played all the way up through the underage system at Drogheda Boys and joined the Drogheda United Youth side in 2007. Made his first team debut in 2010. In 2011 he signed for Mick Cooke at Monaghan United. In 2012 Ryan was back at Drogheda United, again signing for Mick Cooke. In December 2013 Ryan moved to Shamrock Rovers. Ryan continued to play for the Hoops in 2015 and played in three of the club’s Europa League matches as Rovers went out to Norwegian side Odds. In December 2015, Ryan moved to Bray Wanderers.